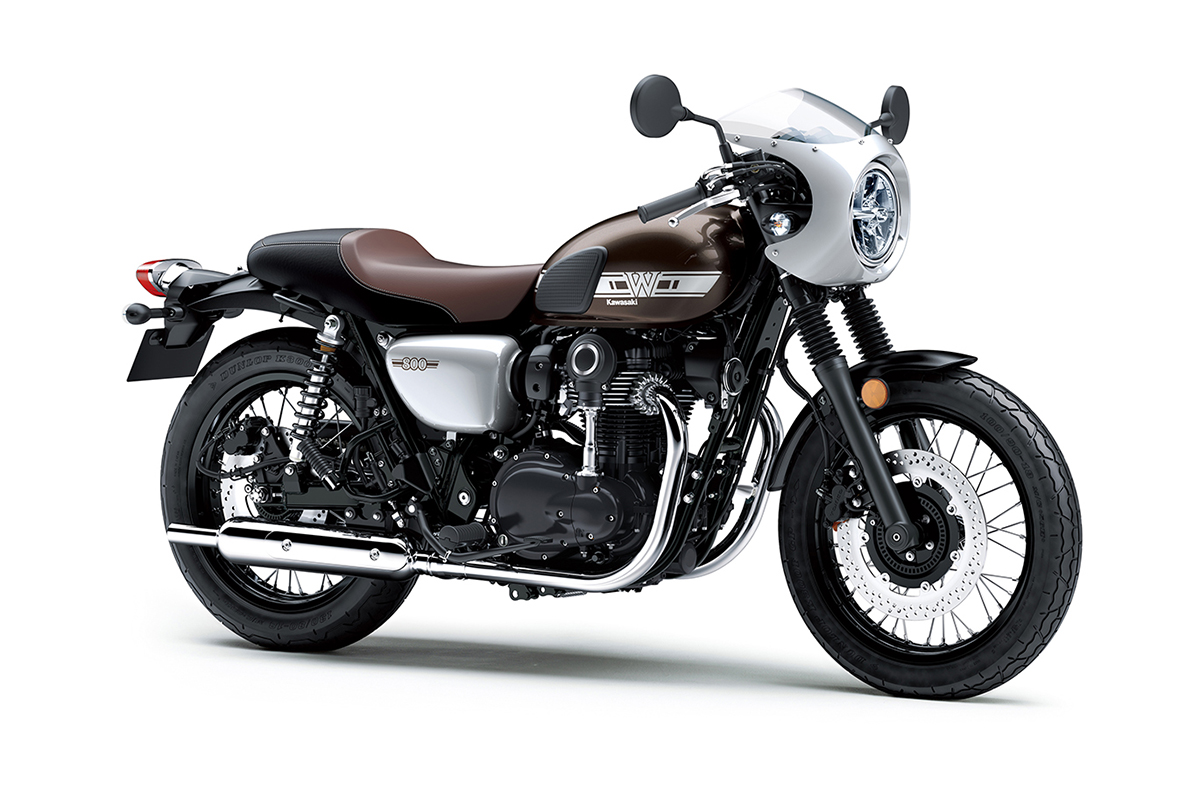 When Kawasaki's original W, the W1, appeared in 1966 it was the largest-displacement Japanese model of its time. Not only did it mark Kawasaki's first step in becoming a manufacturer of large displacement motorcycles, its design goal of becoming the fastest bike in the world was a precursor to Kawasaki's Quest for Speed and led to the birth of legendary machines like the Z1, Ninja, ZZR1100 and Ninja H2/H2R.

By today's performance standards the W1 would not be considered a fast bike, but in its day simply riding a big bike was enough to turn heads and earn the respect of fellow riders and pedestrians alike. For riders who prefer a leisurely ride at low speed, with the throbbing pulse and throaty roar of an air-cooled Vertical Twin engine playing counterpoint, Kawasaki is proud to present the new model that was designed to capture the look and feel of this iconic bike from yesteryear.

The new W800 CAFE is the latest evolution of a brand that spans 50 years. With numerous parts updated compared to the W800 SE, the W800 CAFE the retro models have been thoroughly modernised to deliver rider-friendly machines with easy handling and good stability on the highway. But not all of the changes are visible - Kawasaki's dedication to preserving the image of the original model can be seen in the air-cooled Vertical Twin engine that meets strict modern emissions standards, the double-cradle frame with completely revised rigidity care of thicker pipe walls, and the carefully crafted exhaust sound of a Vertical Twin with a 360Ãƒâ€šÃ‚Â° crankshaft. For a taste of history, look no further than the W800 CAFE.